Today  is European Day Without A Road Death, or EDWARD for short. Well, it isn’t really. By the end of today, 21 September 2017, the lives of 70 people will have been lost  in traffic crashes, as every day in the European Union.

And Europe is doing well in comparison. Of the almost 1.25 million annual road deaths worldwide, 90% occur in the poorer countries of Africa, Asia and South America. Even in countries that have been highly successful in improving road safety in the past, such as Sweden, the number of traffic fatalities has been rising again recently. In 2015, the 31 member countries of the International Road Traffic and Accident Database (IRTAD) for which data are consistently available registered a 3.3% increase in road fatalities  compared to 2014, and 2016 figures again show an upward trend for 14 of these.

What can we do as individuals to help turn the tide on road deaths? EDWARD provides an important reminder that being a lifesaver is actually not that difficult. So here are three simple things that you can do to protect yourself and others in traffic – one each for cyclists, one for motorists, and one for mayors.

The group that experts call “vulnerable road users” is at particular risk on the road. The share of elderly (65+ years) among road fatalities, for instance, outstrips their share of the population by as much as 2:1. Also vulnerable are cyclists, which are a fast growing group of road users as cities try to encourage sustainable forms of transport.

Unlike pedestrians, who are somewhat protected by urban space dedicated to their use (a.k.a. sidewalks), cyclists are usually forced to cohabit with cars. Invariably, crashes between these two unequal parties happen, and, equally invariably, they end with injuries or worse for cyclists while the car barely shows a scratch.

“Wear a helmet”, is one often-heard counsel. Head injuries from cycling crashes are common, usually severe and often deadly, and to reduce your individual risk of severe injury in case you bang into something, there is nothing better than wearing a helmet. On the other hand there’s the problem of compensation (riders taking extra risks and cars being more aggressive as both factor in the protection). There is a huge, emotional debate around helmets that sometimes obscures a simple truth: They are great for preventing the worst when something bad happens, but do nothing for preventing something bad to occur in the first place.

For active safety, therefore, try something truly simple, no matter what your position on helmets is: When you take a turn, make a sign. I started indicating with my stretched-out arm a year ago, after I caught myself cursing at a car that had put me in a tight spot by not indicating, and then realised I was being a little hypocritical. Since, I have made signaling my moves a cycling habit, and the enhanced sense of safety I have felt when biking through the sometimes mad traffic of Paris has been reassuring and a refreshing exprience.

Predictability really is the best friend of safety. Simply doing things in a way that enables others to anticipate your behaviour empowers them to adjust their own ways and avoid dangerous situations based on misreading each other. I’ve heard others say that indicating turns can create dangerous situations because the cyclist has less control when riding with just one hand on the bar. I found the opposite to be as true – one hand off the handle forces you to slow down, and  it becomes impossible to weave through traffic, one of the more dangerous cycling practices.

Reach out the Dutch way

Anyone who has watched this video will appreciate why cyclists live in mortal fear of car doors. It’s an almost daily experience for anyone who rides a bicycle through a city: a driver or passenger opens the car door without checking whether anyone is approaching from behind. At the very least, the cyclist will be forced to veer into traffic and risk being hit; in the worst case, with no time to react they will  slam into the door like into a knife. In June, the case of a Saudi diplomat made headlines when he killed a 55-year old cyclist in Berlin with the door of his Porsche. Statistics are rare, but the UK for instance experienced 1.3 “dooring” incidents on average every single day of  2015.

So what can you do as a motorist to avoid knocking down someone else with your door? Open it using the “Dutch Reach”. This way of opening car doors has been practiced in the Netherlands for half a century. In fact it is part of  training when you get your driver’s licence there. How does it work? Simply grab the door handle with the far hand, not with the one on the side of the door. This  forces your body to swivel towards the door and your field of vision will  automatically include the rear view mirror as well a the area besides and immediately behind your car. It’s a simple routine that requires minimal change of behaviour but can prevent human tragedies on our streets. (The video above explains how it works).

Many cities are investing heavily into more cycling paths and infrastructure that will encourage urbanites to walk and cycle. The “active modes” of transport help citizens stay healthy, reduce pollution, unclog the streets and generally make cities more attractive, inclusive, livable. Yet the urban road system was never designed for mixing well-protected, heavy and high-velocity vehicles with unprotected, lightweight and slower bicycles. It follows logically that they are best separated to avoid conflict, as is the case with cars and pedestrians. 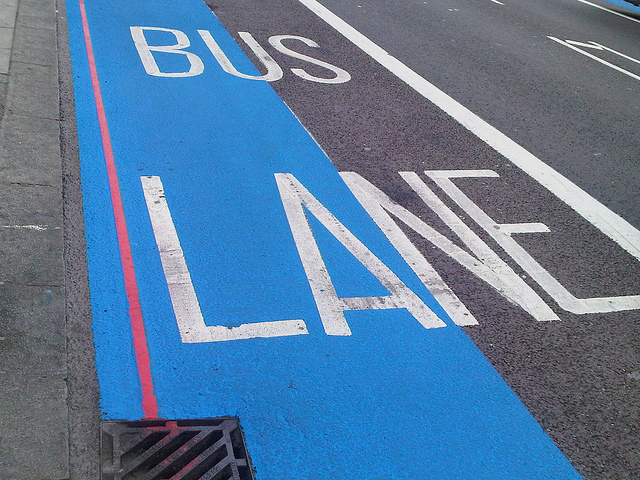 Yet there are very different ways to do this. Some options can be rolled out quickly and are inexpensive, but ultimately provide only a semblance of separation and thus safety. It’s a step in the right direction to paint a blue or red or green strip with a white bicycle icon along the kerbside of a street. But that won’t keep a car or van or truck  from veering onto the bicycle lane whenever the driver chooses (or is forced to). Some cities learned the hard way what the cost of expanding the cycling network in a rush can be. In London, no less than six cyclists killed in crashes in a space of two weeks in November 2013.

Instead of spending money on paint, mayors might invest in stone and cement, and install physical separators between car and bike lanes. People who have never cycled before will not take to the bicycle unless they feel safe from cars. Bright colours alone will not give them that feeling, a physical barrier between them cars will. When I cycle to work, I use a route that is slightly longer, simply because it has a segregated bicycle lane with a 20 centimetre high concrete barrier – that’s all it needs. At ITF we will be holding a Roundtable to discuss just what works best in January, in the context of Safer City Streets, a global network of cities that work together on improving urban road safety – stay tuned for details. 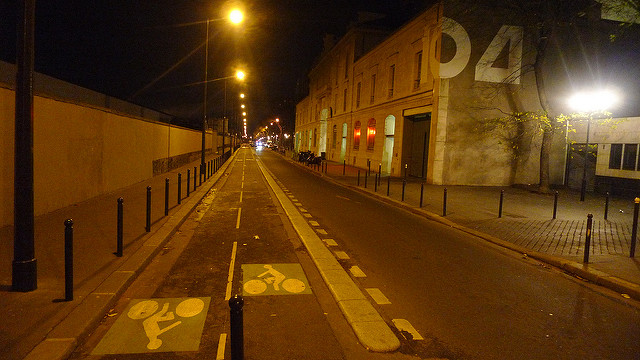 A day without a road death in Europe is still some way off. But an encouraging number of European cities have actually achieved the remarkable feat of having not a single road death in a whole year or even longer. There must be something these communities are doing right. It may not necessarily have been a high-profile, high-cost road safety initiative, but perhaps a mixture of little common sense things consistently applied. So let’s not stop taking the small steps that will get us there eventually. Whether you cycle, drive a car, run a city, all three, or nothing of those: think about what you can do to help overcome the scourge of road deaths – every day, not just on EDWARD.

Hans Michael Kloth cycles to work and occasionally drives a car on week-ends. He is Head of Communications of the the International Transport Forum.